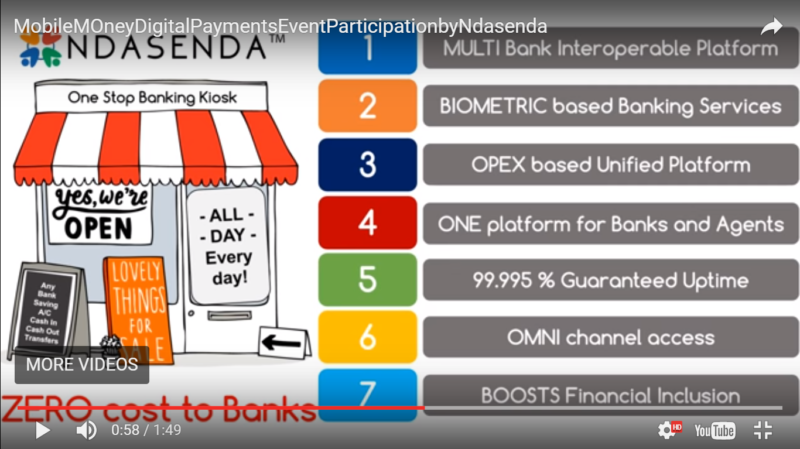 #An Agency banking stand Pic courtesy:Teknospire
Emerging markets are witnessing the rise of two banking forms that cater to its unbanked segment: Agency Banking and Bitcoins. For persons not belonging to the banking and the tech fraternity, these words are nothing but Greek and Latin. Questions like What do they mean? Are they the same? pop up in their minds whenever they come across these terms. To help this fraternity understand these terms better here are the answers to some FAQs.

Agency Banking can be explained as retail or postal outlet contracted by the financial institution or a mobile network operator to process client transactions.

While Bitcoin is a Cryptocurrency and electronic payment system. In other words, it is a decentralized digital currency.

Though both cater to the unbanked segment in the emerging markets yet they are different from other.

The below points differentiate them from each.

The bank has come to the unbanked in the form of agency banking and bitcoin. They can walk up to the agent or do the transaction from home using bitcoins and not go all the way to the bank. Both enrich the banking experience as they complement each other. Their best benefits are derived when used together. Bitcoins fill the void where agency banking falls short. Such as online transactions and cross- border transactions.

At present, the services provided by both are enough to meet the needs of the unbanked. However newer customer requirements such as :

Would require banks to empower agent bankers with more facilities.

Empowering the agent bankers with solutions that would cater to above customers needs can help agency banking converging into mainstream banking later. Teknospire’s Finx- Agency &Payment Banking suite is a solution that agent bankers can be empowered with.

With this blog answering the FAQS our next blog would throw light on “How Teknospire can help agency banking converge into mainstream banking ?

10 differences between Mpesa and Bitcoin