Digital Banking: Use Cases and Opportunities in Europe – teknospire 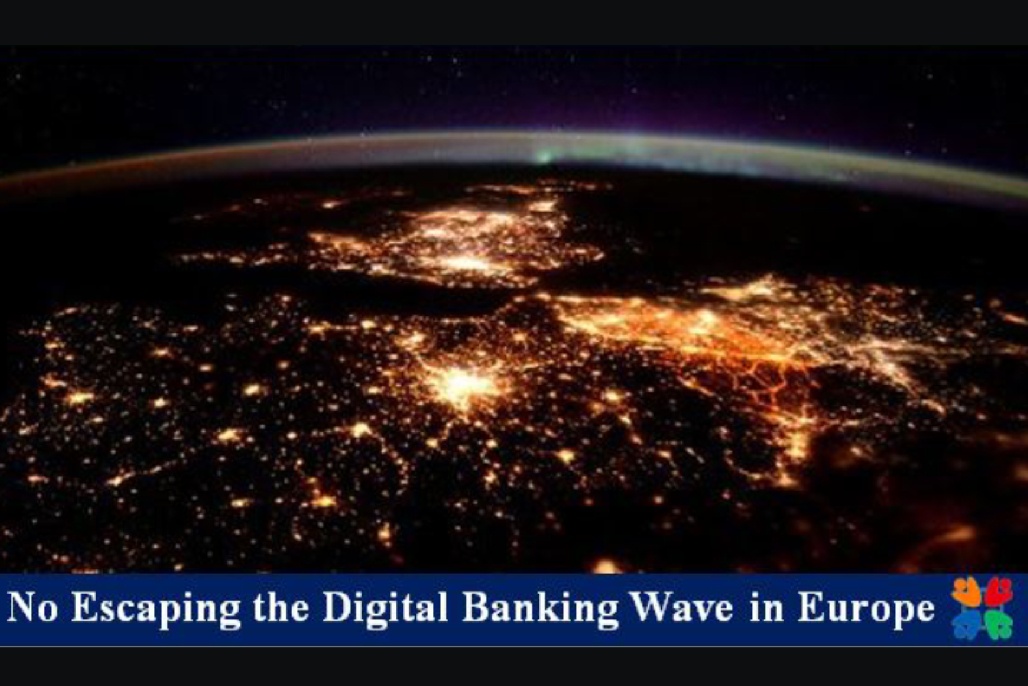 When was the last time you stepped into a brick and mortar bank branch for financial transactions? It sure has become a rarity for many of us, maybe even unheard of for most millennials. Most banking operations are just a click away today. Welcome to Digital Banking!

As advanced as it may seem now, banking has been among the oldest professions in the world.

Did you know that some banking operations took place as early as 2000 B.C?

Facts aside, at present, the winds of technological change are sweeping over the mammoth banking industry not just as digital banking in Europe but even in the remotest corners of the world. It’s an exciting time for emerging innovative banks and financial institutions, while the big banks have no choice but to get a makeover into a new digital avatar.

Europe was at the center of banking activity even in its earliest crude form.

The word ‘bank’ comes from the French word ‘banque’, the Italian word ‘banco’, and the German word ‘banc’ which means a bench or a counter. Lenders would typically set up desks inside huge building structures or a market square.

Italy was the hotbed for international trade and banking transactions. The Italian cities of Florence and Venice saw early banking activity with transactions through checks and bills of exchange as we know them today. The first bank was established in Venice in 1157 backed by the state.

Adoption of Digital Channel in Europe

More recently, the roots of digital banking in Europe can be traced to the advent of ATM machines in 1950s-1960s. The humble cash-whirring ATM machine and its computer infrastructure turned out to be a game-changer in the present-day banking ecosystem.

With the ushering of the internet during the 1990s, banking got propelled to a different stratosphere. By 2000, the world was at our fingertips as every handheld mobile phone. Scandinavian countries and Europe welcomed the internet and digital banking as they enjoy one of the highest rates of internet penetration even today.

The huge user base in Europe has made it a natural breeding ground for FinTech companies who hold an edge over banks in software technical know-how. Some of them started inching into the banking space, sometimes without a banking license while some others in partnership with existing banks. Such firms came to be known as neo banks. They had the platform and offered banking products as a savings account and a credit card to customers. Also emerged are the challenger banks, those with a full banking license.

However, it is not merely the internet penetration that has made FinTech companies a force to reckon with.  A Deloitte study shows increasing demands from customers for a better digital experience along with competitive pressure has resulted in digital banking champions.

Initiatives by FinTech Firms and Banks

The global financial crisis in 2007 wiped out the trust that people had in big financial institutions. Neo banks in Europe and challenger banks cashed in on this mistrust by offering a refurbished banking experience to the common folk.

Right from an innovative product line-up, more transparency, user-friendly facets, and a snazzier look, digital banks have managed to win people’s trust in Europe with their digital banking initiatives.

While the grand old banks focused on regaining their assets after the crisis, the much smaller challenger banks have tapped into the largely ignored retail consumer base.

It took Berlin-based N26 less than a year to get to a million users when it started out in 2013.  Similarly FinTech start-up Revolut has two million customers as of today.

These intuitions have depended largely on their innovation and ingenuity to rope in customers and remain visible even among the big banking names.

Use Cases of Digital Banking In Europe

Artificial Intelligence and Machine Learning could be the next biggest innovations in the banking space. Sorting and mining high-frequency data could be put to good use by making more accurate price predictions for various products and possibly even prevent banks from loan defaults.

According to a PWC report on AI predictions, 77% of banks plan to use AI to automate tasks in the next three years. Now, that’s a huge number!

Another area that holds immense scope is security to protect clients against money laundering.  Pentti Hakkarainen, Member of the Supervisory Board of the European Central Bank outlined the ways by which bank’s online verification processes could be simplified without comprising on security.

Blockchain too assumes importance in the age of information leaks and hacks as they extend an extra layer of security. Out of the global blockchain spending of 1.8 billion Euros in 2018, 1.5 billion Euros was from the financial service sector itself. This spending is only expected to increase to 9.7 billion Euros by 2021 as estimated by the International Data Corporation.

The clout that neo banks and challenger banks enjoy are mostly in the retail segment. There is a lot of untapped potential in the corporate banking and private banking space.

FinTech companies have set out to work and are trying to put a foot in the door. IBM is already collaborating with ‘Intellect Design Arena’ for new digital solutions for corporate banking clients, which includes API solutions and Artificial Intelligence.

While those banks that are slow in aligning with the rapid digitalization may fall to their own death. European Banking Federation facts show that European banks closed down over 9,000 branches in 2016 and this number is only likely to have gone up now. Human interface is already seeing a reduction with a number of banks having chatbots for a customer service queries.

Instead of getting isolated, some banking giants have collaborated with neo banks or acquired them to stay afloat.

The illustrious history of European banks has become its biggest challenge in coping with the new age digital technologies. Bigger banks have to overcome their deep cultural mindset of following traditional processes.

How Life Has Changed for People Adapting to Digital Channels

Whether we like it or not, customers are increasingly climbing onto the digital banking bandwagon, smartphones in particular. After conducting a survey of 4000 people in 2018, PwC suggested that banks and financial institutions need to have a “Think mobile first, or else” approach when it comes to going digital.

Thanks to these digital banking initiatives, one needn’t step out of our homes, be it shopping to paying bills. Providing a seamless digital banking experience becomes imperative now more than ever if financial institutions want to stay in the game.

A World Retail Banking 2018 Report by ‘Capgemini and Efma’ shows that barely half of the customers across banks were satisfied with their experience, be it branches (51%), mobile (47%) or the internet (51%).

Demand for cash is diminishing gradually. With the revolutionary new technologies and fine-tuning of Analytics, it is imperative that banks must perform ‘superior’ in all spheres of banking facilities, especially ‘customized’ customer services.

So, be it a banking giant or a small financial services company, buckle up those seat-belts and put on your innovative thinking caps if you want to successfully ‘surf the digital wave‘ in banking in the coming decades.

TEKNOSPIRE: A BOON in technology, for the ‘digital banks’ to be

Teknospire’s flagship product ‘FinX‘ helps Financial Institutions to create a cohesive Digital Financial Services Ecosystem. It offers you the seamless and scalable solutions, which are in line with your strategy, and can be deployed easily with great User Interface and excellent User Experience.

Stay tuned to this space for more insight AND we are just the click NEAR!