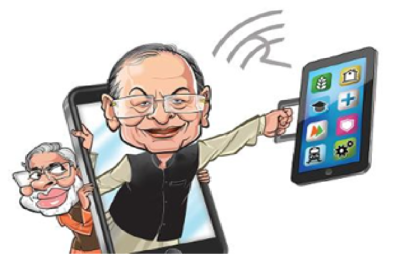 In tune to his quote“Digital Economy has a transformative impact in terms of greater formalization of the economy and mainstreaming of financial savings into the banking system. India is now on the cusp of a massive digital revolution.”

The finance minister has made provisions for fintech sector’s uplift on JAM (JanDhan-Adhar-Mobile) lines thereby successfully managing to keep the fintech fraternity happy.

While we look at what is in for fintech sector this budget, we shall also analyze the excluded points that support the betterment of the fintech arena.

Additions in favor of the Fintech firms :-

With additions exceeding the exclusions the Fintech sector is no doubt happy but what we want to see and discuss is “How far the Union Budget 2017 will make the economy digital” which we shall in our one of our forthcoming blog.