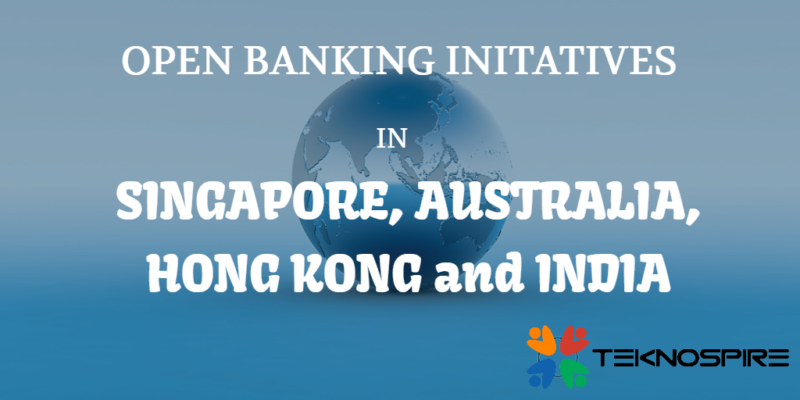 The hurricane Named PSD2 has captured most of the banks and fintech across the globe. Almost six months later –  IDC published a list of APAC countries in terms of readiness for Open Banking. While Singapore And Australia Have Occupied the First Two Slots In the State of Readiness of Asia/Pacific Markets for Open Banking India, Hong Kong, China with third slot are exploring ways to move up the ladder. For Further Ranking Details Do Access the infographic here.

What were the factors that helped Singapore top the list or what are the challenges faced by other developing countries? Which open banking fintech start-up is catching the eyeball? Are there any failures? Let’s dive in to explore more….

If you are new to Open Banking, Open Banking API, Open Data or Open API, please read our post – EVERYTHING YOU NEED TO KNOW ABOUT – OPENBANKING, OPENAPI, OPEN DATA and ABC’s of Open Banking infographic to get started.

Use of Open API in Banking services marks a shift from organization centric to customer-centric services. The whole idea of Open Banking restructures the way Data is channeled between different systems with due permission from the customer. While The beneficiary of Open Banking Is Under Debate And entrepreneurs and banks are exploring ways to reap its benefits Let’s have a look at some of the Open Banking initiatives in APAC region –

Monetary Authority of Singapore [MAS] in 2016 released 12 APIs on its website. The data available by MAS helps developers and firms to come up with innovative and relevant apps and services. The MAS endorsed guidelines allows people across the globe to innovate and integrate their solutions for the betterment of Singaporeans.

DBS Bank on 02 Nov 2017 launched world’s largest banking API developer platform, that is the largest by a bank anywhere in the world. As per the press release from DBS bank –

With 155 APIs at launch for Singapore across more than 20 categories such as funds transfers, rewards, PayLah! And real-time payments, the platform will offer the world’s largest number of and most relevant banking APIs for companies, whatever their focus, from fintech to lifestyle to build upon. More categories will be added in response to demand.

A startup from Singapore offers technology that could directly plugin into a banks API; customers could place the cash order and pick it up from nearest authorized merchant location. All of this is achieved without the need of card/PIN. Most importantly, the firm does not store any information about your account/card,and it lies in safe hands of bank APIs. SoCash has partnered with Singapore’s significant banks – DBS, POSB,and Standard Chartered – to provide digital cash points island-wide

Wavecell another startup from Singapore uses open API to help financial institutions and non-financial institutions to send SMS across the globe via three different channels,i.e., web-based SMS sender, HTTP API integration with applications and SMPP interconnection to facilitate high volume SMS. It recently partnered with a fintech client in Japan Paidy that could engage their customers via SMS OTP and SMS notifications.

In Australia start-ups, aggregators, venture capital investors believe that open banking API or API banking services would enhance productivity, lessen the cost, effort and time required to switch banks, and would “empower clients to use their data to be able to make better financial decisions.”

However, Banks like ABA, ANZ Banking Group, Commonwealth Bank of Australia, the Australian Securities Exchange and Insurance Australia Group are resisting and urging to the government not make it as a mandate. One of the Australian sites quoted the banking official statement –

In the midst of all the tussle, we observed a couple of startups/firms building their API solutions that could be useful to banks and other non-financial institutions –

Located in Sydney, Basiq’s core solution allows fintech companies to securely obtain authorized financial data from banks and use it for the development of third-party applications. The startup is trying to bridge the gap between the existing fintech startups and financial institutions.

Macquarie bank has taken an initiative to empower open banking and offer fintech start-ups and smaller financial institutions to access the data, with permission from the customer, to build third-party applications and services. As quoted by business insider–  The open platform allows a customer to control which third parties have access to information through on-off levers within the Macquarie mobile app. The third party then has read-only access to the data using a secure token – avoiding the need for the customer to reveal internet banking credentials to the third party.

The Hong Kong Monetary Authority (HKMA) has declared seven initiatives to create a “smart banking” system in Hong Kong. And the most thrilling was a proposal to develop a policy to facilitate the development and wider adoption of application process interfaces (APIs) by the banking sector, “thereby stimulating innovations and improving financial services through collaboration between banks and tech firms.”

In his speech Norman Chan, chief executive of the Hong Kong Monetary Authority said – We aim to finalize our policy on Open API for the banking sector around the end of the year.

With such welcoming move, Hong Kong is all set to be the new hub of API banking services.

In May 2018, Citi announced about its partnership with six corporations in Hong Kong to empower and accelerate the open API development and acceptance. Citi has launched APIs in different categories like Onboarding, Cards, Customers, Pay with Pointsand Money Movement.

India has witnessed digital evolution like Aadhaar, UPI,and IMPS but it still does not have guidelines from the government to revolutionize Open Banking. India has been in fore frontiers with API banking, but that does not include “customer permission or inclusiveness”. While regulation supports API’s,it has not given standards to follow that could prove to be a hindrance in the long run.

However, the good news is that Bank and fintech in India are positive about providing the best in class services to its customers, with no strings attached. Sample these startups –

Whats your need? Bank account? Funds transfer? Invoice? Payroll? Apps? Team Card? All in one solution is BankOpen. The firm is aiming to offer a digital solution to businesses that help them manage their finances smoothly.

Teknospire specializing in Last Mile banking and financial inclusion, is helping rural and remote individuals to avail banking Through its Open API. We At Teknospire with our open API have enabled them to pay utility bills and use their finances efficiently. Teknospire API is listed with Oracle marketplace and is available for use of Payments. Teknospire has recently collaborated with Latin American APIs aggregator “Finconnecta” that is a Fin4ward accelerator to help inclusion and digitisation.

Program your own bank – the power of APIs