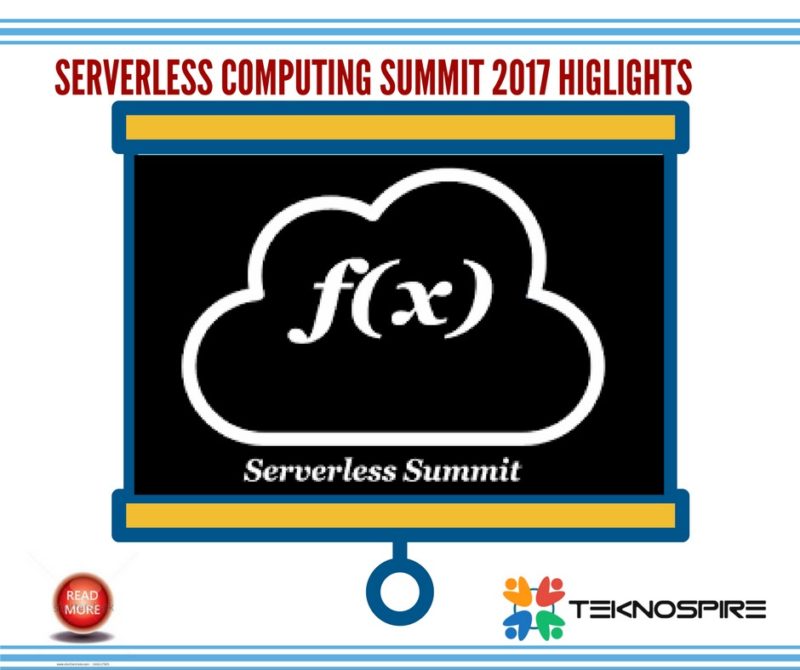 On 27th October 2017, Teknospire was a part of the Serverless Computing Summit 2017 held by CodeOps Technologies along with Oracle Startup Accelerator. Key highlights of the summit were –

Speakers
At the summit, we had speakers such as :-

Topics touched upon in the Summit

The highlights of serverless deployments are: –

Serverless architecture has its own drawbacks. Know what they are: –

The architecture of serverless framework is as follows :-

Ideal cases where the serverless architecture can fit into and be cost-effective than the traditional servers are : –

Representing Teknospire, Sunil Poonia was there for understanding how the concept could be made use of in our FinX products. Thank You CodeOps Technologies, for sharing the knowledge.