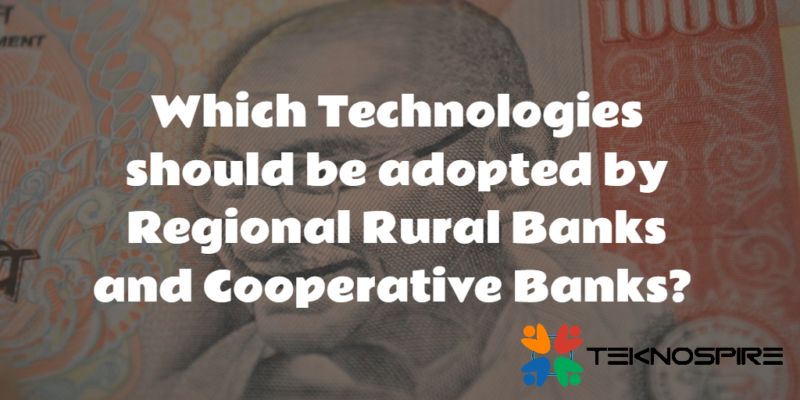 As per a report the RRB’s with their formation on October 2, 1975, have attained a unique place in providing agricultural rural credit. With their initiatives, they have managed to provide banking services to the unbanked population

As stated by Academia in a study – The term Urban Co-operative Banks (UCBs), though not formally defined, refers to primary cooperative banks located in urban and semi-urban areas. These banks, till 1996, were allowed to lend money only for non-agricultural purposes. This distinction does not hold today. These banks were traditionally centered on communities, localities, workplace groups. They primarily lend to small borrowers and businesses. Today, their scope of operations has widened considerably.

This post is an effort to streamline the efforts put in by Banks, Fintech firms and NGO’s to make Banking accessible to one an all. If the RRBs and Cooperative banks adapt to these technologies, it would not only help the providers in maintaining transparency but also would make banking reachable to remote and rural areas.

This post is part 2 of banks, and their technology needs series, in case you have missed our part one. Here is the link to part One Article – Which Technology Do Public Private Sector And Foreign Bank Need to Adopt
The next part of the series would talk about technologies to be adopted by Payments Banks, Small Finance Banks and the fintech providers in India with their banking solutions.

Payments Bank
List of banks in India
Grameen_Bank
What are Payment Banks? Why India Needs Payment Banks?
All you need to know about small finance banks
What are small finance banks and payment banks? How are they different from commercial banks?
Here’s how top 5 Indian banks use technology
Banks collaborate with new age fintech companies for rural banking
Impact of financial inclusion drive through co-operative banks – a study with special reference to chavara block
Performance Evaluation of Regional Rural Banks in India